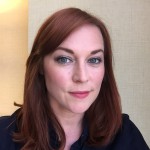 Well, the short answer is: it depends.

If you took a breathalyzer test when you were arrested for DUI, the police officer will forward the results of the breath test to the prosecuting attorney. The prosecuting attorney will review your case and make a determination whether to charge you with DUI or a lesser charge. The prosecuting attorney will then file your case with the court that has jurisdiction. This will depend on which officer arrested you and where you were arrested. For example, if you were stopped by a Washington State Trooper for DUI in King County, then your case will be filed in a King County District Court. If you were stopped by a Seattle Police Officer for DUI in the City of Seattle, then your case will be filed in the Seattle Municipal Court.

Recently, some courts have been refusing to allow the prosecutors to use the breath tests in court because of mistakes made by the Washington State Toxicology Laboratory, the agency responsible for breath testing.

King County District Court judges are refusing breath tests until the tox lab can prove that all of the errors have been corrected at the tox lab.

A few Seattle Municipal Court judges are refusing to allow breath tests up to a certain date when they feel the problems were corrected.

Some Snohomish County District Court judges are also refusing to allow some breath tests up to a certain date.

Some prosecutors are also just agreeing not to try to present the breath test evidence to the jury.

You should consult with an attorney experienced in DUI defense for more specific information for your case.